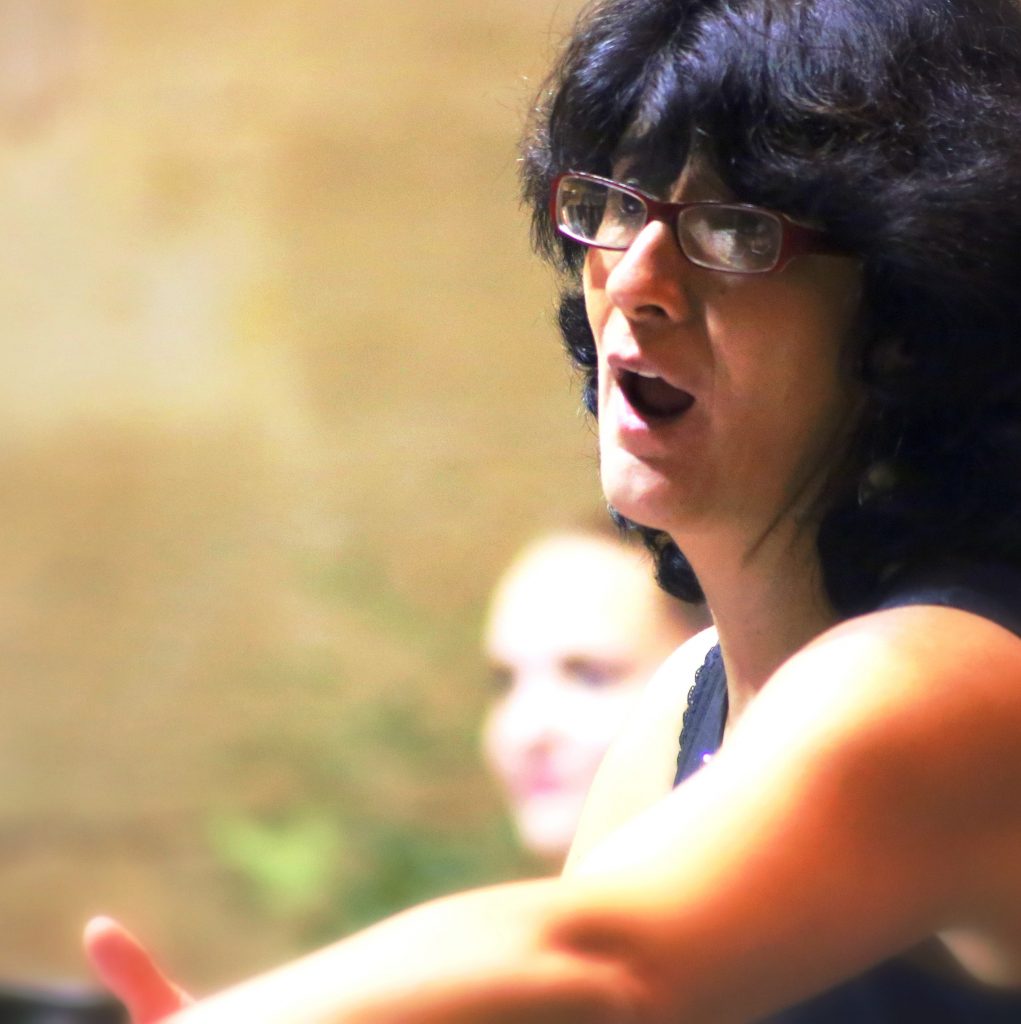 She began her musical studies at the Superior Conservatory of Music of Barcelona, where she finished the higher degrees of Composition and Instrumentation and Orchestra Conducting, as well as Musical Pedagogy. In the field of choir conducting, she studied with S. Johnson, L. Heltay, J. Prats, P. Cao, H. Rilling and F. Bernius. As well as by G. Hollerung and J. Frihsmund in Germany, awarded by the association Musica Mundi. For more than 30 years, she has devoted herself to the world of pedagogy, mainly to work with children’s voices. In this area, she emphasizes her work at the Escolania de Montserrat and at the Conservatori Superior de Música del Liceu in Barcelona. She has been invited on several occasions by Europa Cantat and Arbeitskreis Musik in der Jugend to teach choral workshops; also in Venezuela, through the Schola Cantorum in Caracas and the FESNOJIV, to carry out didactic and conducting courses and workshops with children. For more than fifteen years, she has been the musical director of the Opera to Secondary project, which is organized by the Gran Teatre del Liceu and the JONC (Jove Orquestra Nacional de Catalunya). For seventeen years she was the artistic and musical director of the Children’s Choir of the Orfeó Català of the Palau de la Música in Barcelona; and has led, for four seasons, the mixed choir Lieder Camera.
She is one of the conductors in the artistical team of the project Cantània, lead by L’Auditori de Barcelona with who she collaborates often, also in other projects involving the OBC (Catalan Symphonic Orchestra). She teaches Didactics of the Choral Ensemble in the ESMUC. She is conductor of Cor Infantil Sant Cugat childrens choir, el Cor Canta and the Voxalba female choir. 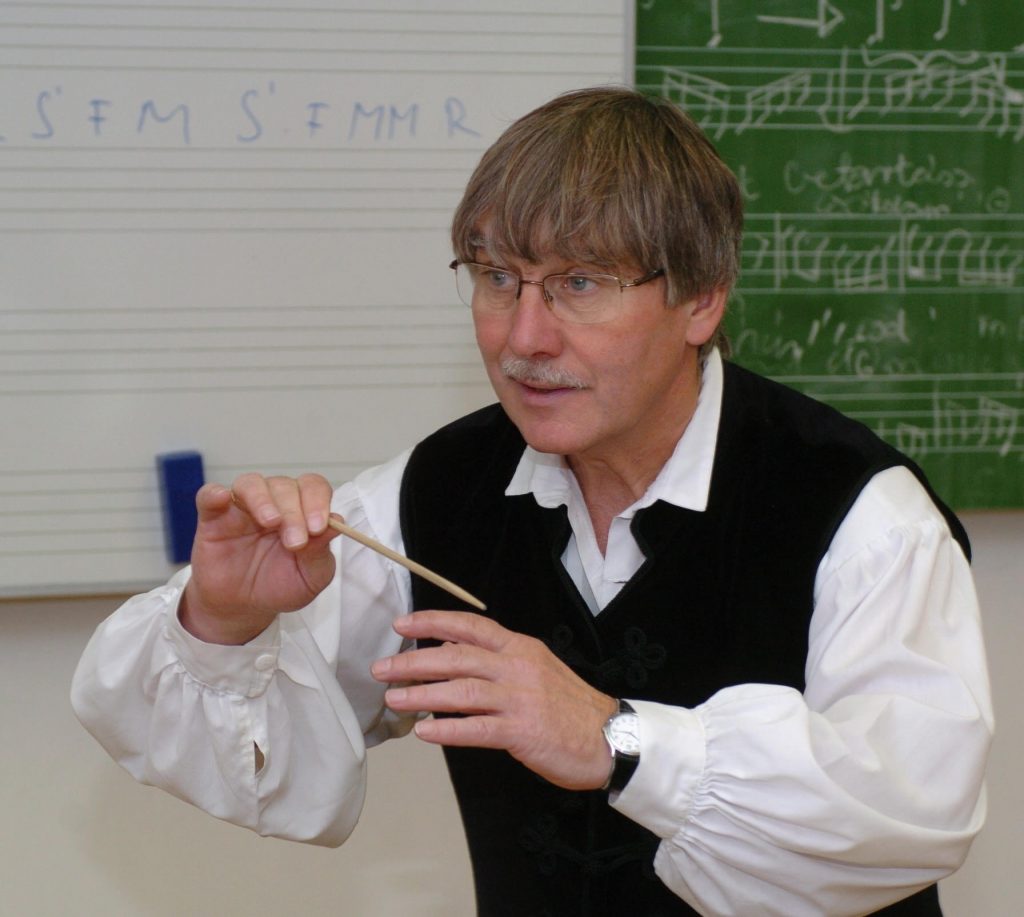 Dénes Szabó was born in Makó in 1947 and is an outstanding figure in Hungarian and international choral life. He studied music in Szeged, Miskolc and Budapest and subsequently began his teaching career at the Zoltán Kodály Primary School in Nyíregyháza. He founded the Cantemus Children’s Choir in 1975. This has since grown into a choral institute and began to operate as an independent artistic organisation under his direction in 2004 with three choirs – the Cantemus Children’s Choir, the Pro Musica Girls’ Choir and the Cantemus Mixed Voice Choir. These choirs all perform at world–class standard.
He is highly sought after as a choral conductor and lecturer in music education at international festivals and conferences. He regularly holds masterclasses in choral conducting, choral voice production and the implementation of the Kodály method. He has also been a member of the judging panels for several leading international choir competitions in the USA, Slovenia, Japan, Germany, Taiwan and Belgium.
In appreciation of his artistic achievements and dedicated work in music education he was awarded the Ferenc Liszt prize in 1985, the Béla Bartók– Pásztory Ditta Prize in 1993, the Kossuth Prize in 2000 , the Hungarian Cultural Heritage prize in 2004 and the IFCM Life Achievement Award in 2013 . He has been a member of the Hungarian Arts Academy since 2012. In 2014 he was awarded the “Artist of the Nation” title. 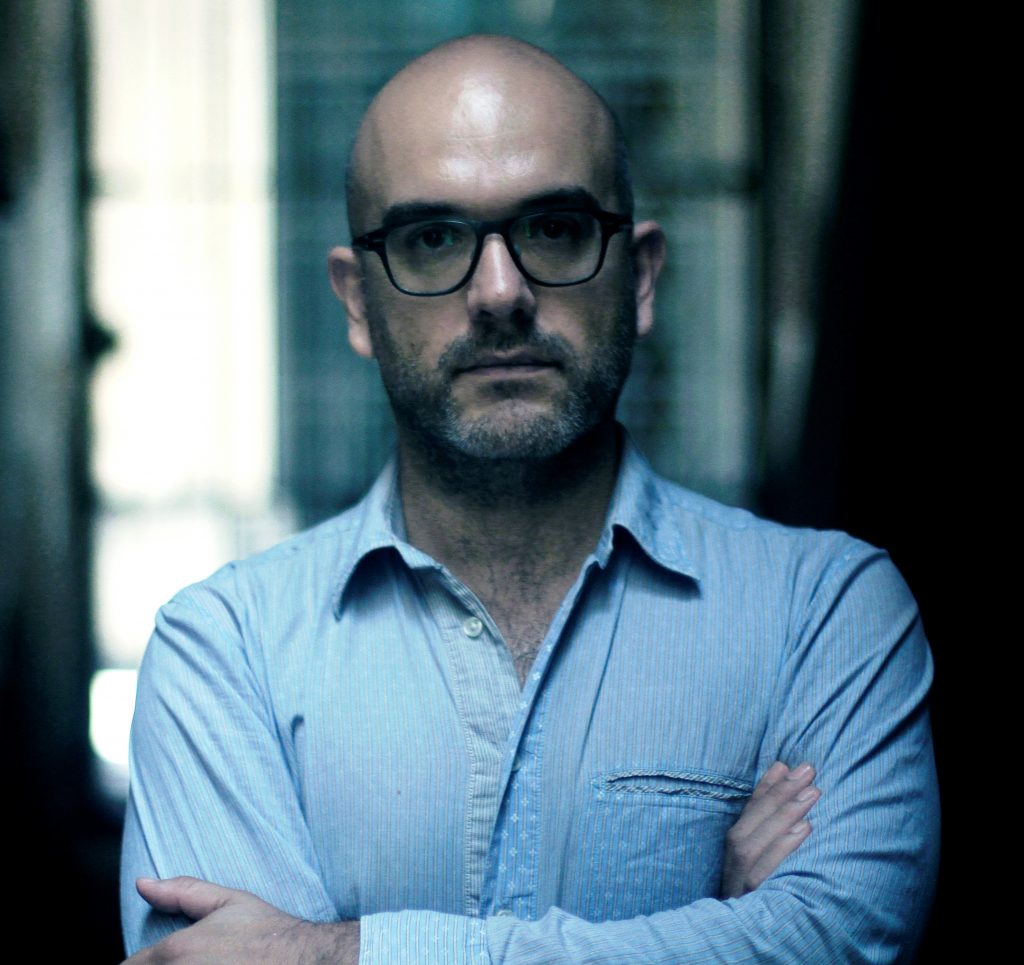 Considered one of the most influential vocal music directors in Catalonia, Pere Lluís Biosca has an intense activity as director and pedagogue of choral conduction. He trained in Barcelona with Mireia Barrera, Josep Vila and Pierre Cao and in Helsinki with Matti Hyökki. His discography focuses on Catalan baroque composers; Mir i Llussà and Tomàs Milans with the vocal ensemble La Xantria and Joan Cererols with the Cor Francesc Valls. He regularly participates in various festivals and concert cycles, conducting a repertoire that includes from the Renaissance to contemporary music. Until 2016, he was the head of the ARSinNOVA Chamber Choir in Barcelona, the National Prize for Choral Singing (Gijón 2013). As a guest conductor (2015) at the Cor de Noies de l’Orfeó Català he offered several concerts dedicated to the music of Arvo Pärt, receiving advice from the composer himself. He has also worked in productions of the Gran Teatre del Liceu preparing the choral parts of several operas. He is currently the main conductor of the Cor Francesc Valls of the Cathedral of Barcelona and Cor Madrigal from Barcelona. He also teaches choral conducting at the Superior School Taller de Músics. 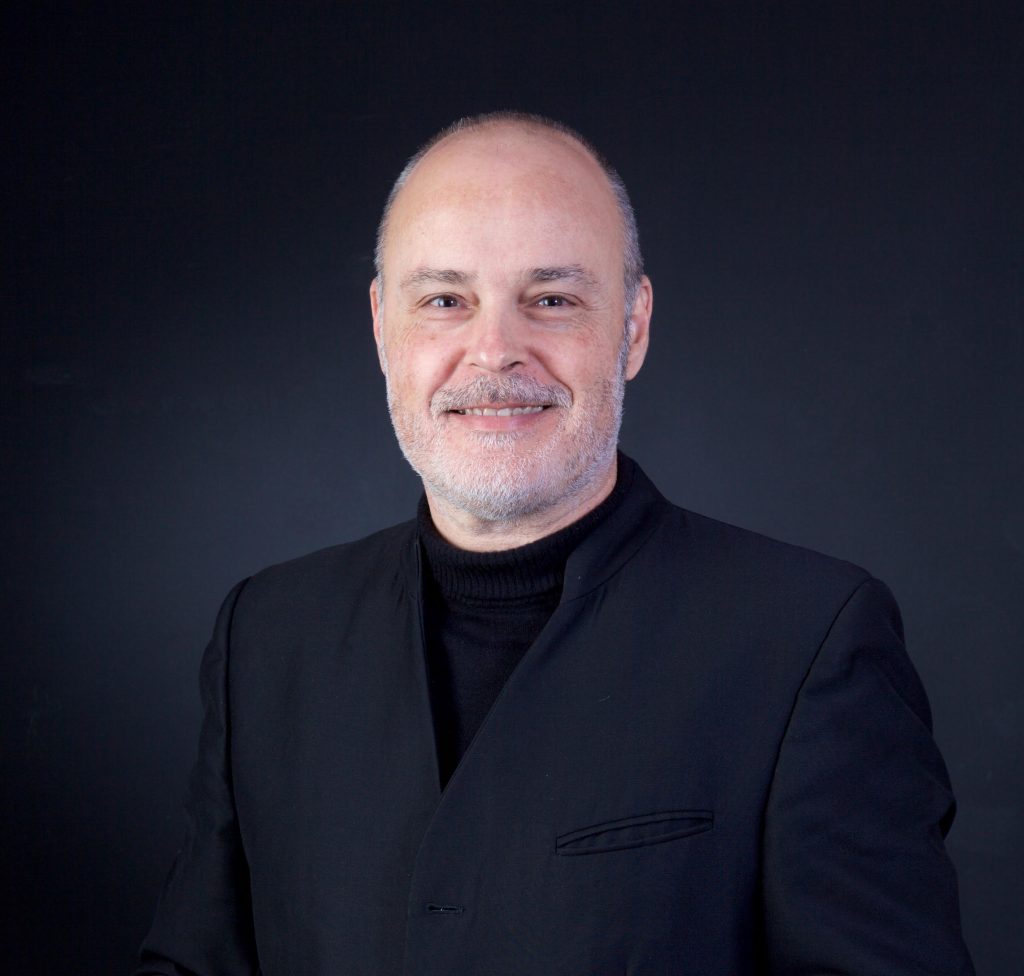 He studied Composition and Instrumentation and Orchestra Conduction at the Conservatori Superior Municipal de Música of Barcelona. As a singer, he has participated in different vocal groups: Coral Cármina, Cor Madrigal, Capella de Santa Maria del Mar… He also has been teacher of Pedagogy of Music at the Escola Superior de Música de Catalunya (ESMUC). As choral conductor, he was trained mainly with Mireia Barrera and Pierre Cao, and also with teachers such as Manel Cabero, John Poole, Carl Hogset, Johan Dujck, Martín Schmidt, Josep Vila… He is coordinator and professor of choral conduction in the courses organized by the FCEC (Federació Catalana d’Entitats Corals) in Barcelona and teacher in other conducting workshops and courses. Recently, he has been the choir preparer in the project “El Cor Canta”. He has conducted different vocal groups in Maresme, Vallès, Gironès and Barcelonès. He has recorded “Les set paraules de Crist a la Creu” by Cristòfor Taltabull, conducting the Orquestra de Cambra de Granollers, Cor Ciutat de Mataró and tenor Josep Fadó, published by Audiovisuals de Sarrià. From the same composer, he rediscovered the piece “El Misterio de la Redención”, which he recently re-premiered with the Terrassa 48 Orchestra. He has also recorded the albut “Cantem Àfrica”, a project in cooperation with countries as Senegal and Mozambique.
He is currently conductor of Coral Regina of Manlleu, Coral Belles Arts of Sabadell and the founder and conductor of Cor Ciutat de Mataró. 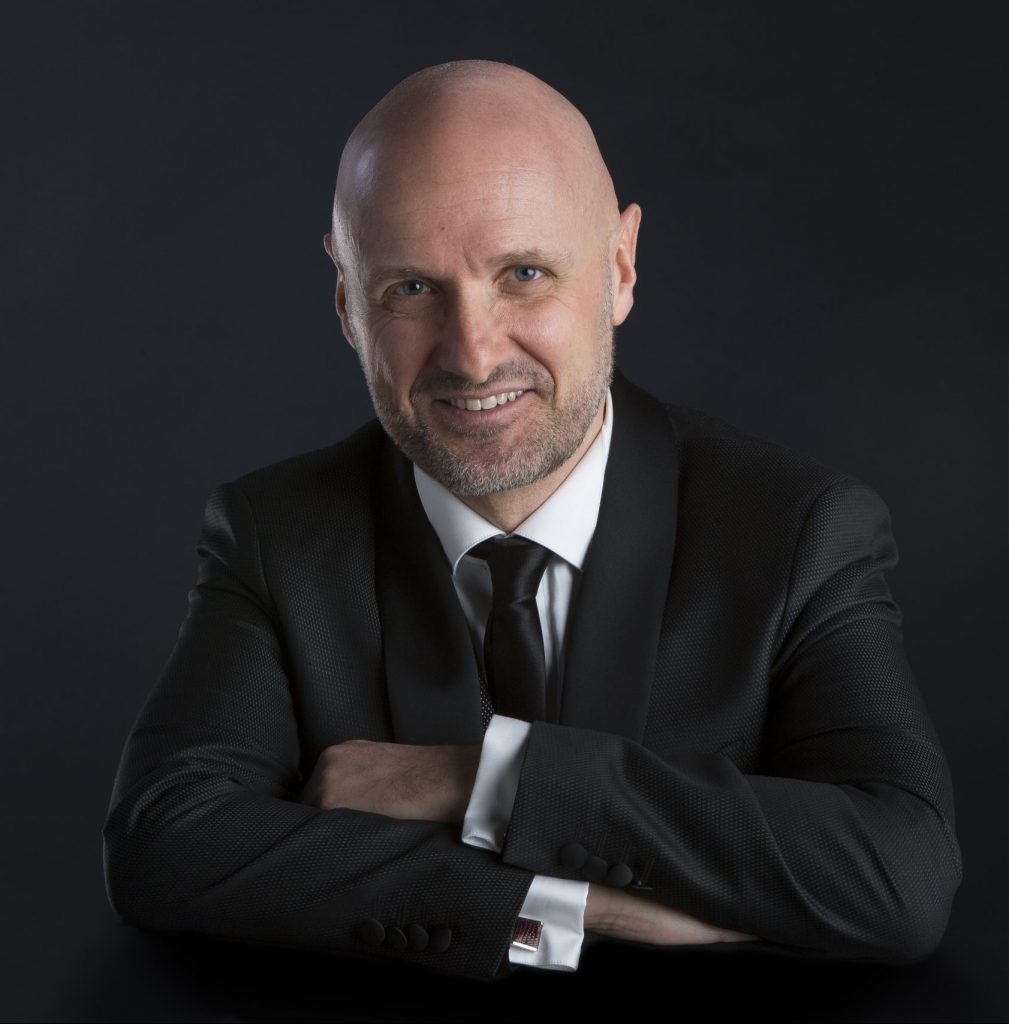 Conductor, composer and pedagogue. He is the conductor of the Lieder Camera Choir and has also been the conductor of the Orfeó Català (1998-2016), of the Cor de Cambra del Palau de la Música Catalana (2011-2016) and of the Coro de Radiotelevisión Española (2007-2010). He has collaborated on time with formations such as the National Choir of Spain, the Swedish Radio Choir, the Mittel Deutchland Rundfunkchor from Leipzig, the Turkish State Choir, the National Youth Choir Simón Bolívar from Venezuela, the Spanish Radio&TV Choir, Vespres d’Arnadí, the Catalan Barroque Orchestra, the National Classical Orchestra of Andorra, the 1750 Academy, the Vallès Symphony Orchestra and the Málaga Symphony Orchestra. As a choir coach, he has worked alongside the main conductors on the international scene: Daniel Barenboim, Daniele Gatti, Simon Rattle, Gustavo Dudamel, Marc Minkowski, Jean-Christophe Spinosi, René Jacobs, Lorin Maazel, Helmuth Rilling and Franz Brüggen, among others. He is the author of an extensive catalog of vocal and instrumental music and, since 2005, he is a professor of choir conducting at the Escola Superior de Música de Catalunya. He also regularly teaches workshops, seminars and masterclasses in various European and Latin American cities.